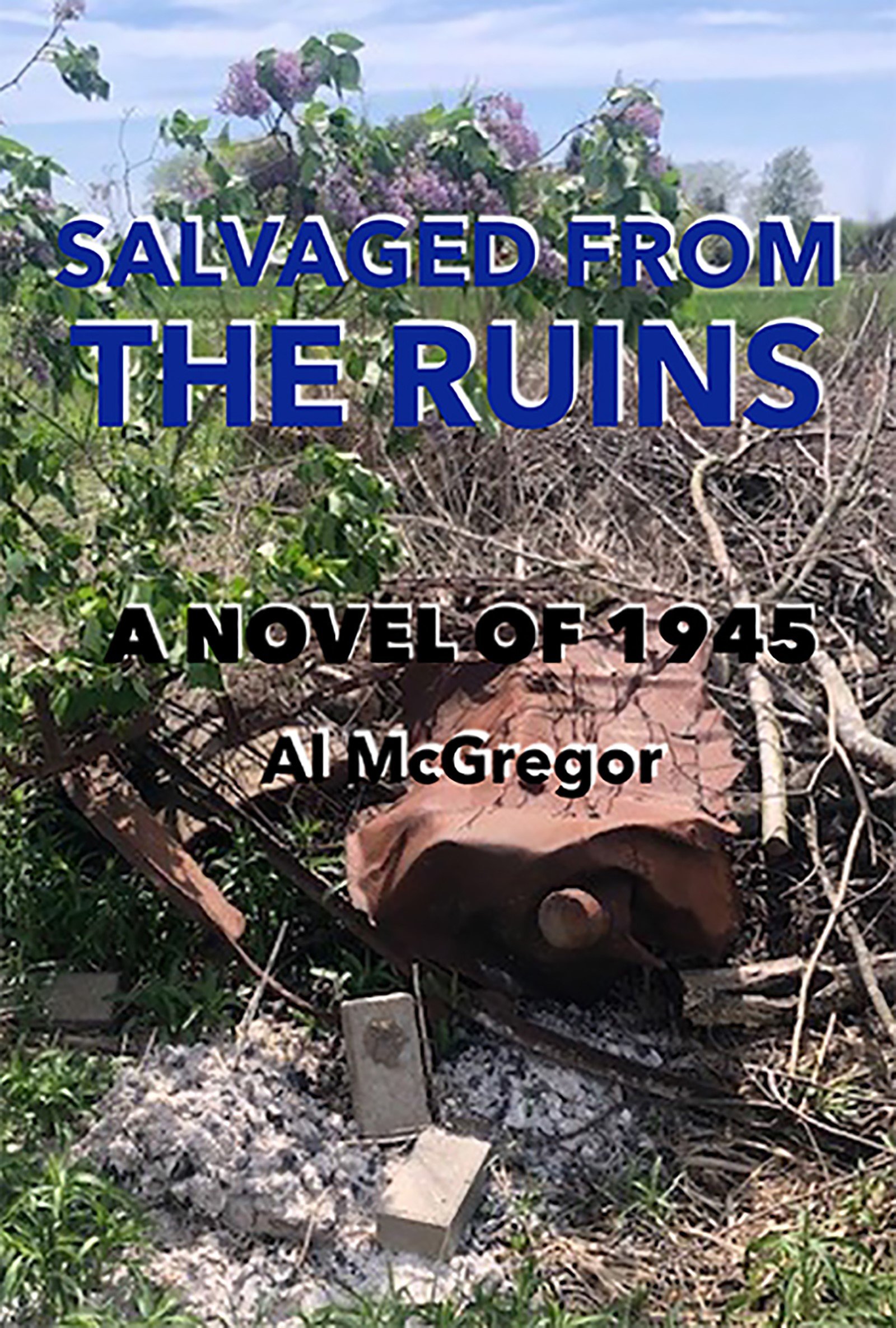 As One War Ends Another Begins

Millions of refugees flood Europe as World War Two reaches a deadly climax, a time when compassion has become another casualty of war. A young German woman witnesses the final days of the Third Reich and the grim reality of occupied Berlin.

A Canadian Lieutenant feels safe in army administration until an urgent need for fighting men takes him to the front and a search for the last hidden secrets. And, as the world adjusts to an uneasy peace a mysterious defection in Ottawa sets the stage for a new conflict.

Duff Stewart tries to avoid combat but finds himself on the front line. Hope for a safe transfer is dashed as he is ordered on a covert operation. Karin Werner refuses to believe the war is lost until witnessing the brutal reality of the last days of the Third Reich and the Occupation of Berlin. In a city of ruins, she must face her own past and the crimes of her government.

Stewart and Werner meet when she is arrested in the aftermath of the Allied Summit at Potsdam. Both may unwittingly have connections to atomic research. But when the bomb is used against Japan and the war ends the concerns of geo-politics give way to personal survival. As the world settles into an uneasy peace the couple confront new dangers including a thriving black market, an allegation of war crimes and a brush with unrepentant Nazis.

The mysterious defection of a Russian agent in Ottawa prompts a spy scare, destroys Allied solidarity and complicates Stewart’s attempt to bring Werner to a safe haven. As the Iron Curtain descends in Europe, they evade immigration regulations and make their way to Canada. Help and advice come from Evers and Maria Chance, a couple with an extensive background in military and political intelligence. Salvaged from the Ruins is set against the events of 1945 in Europe, Canada and the United States.