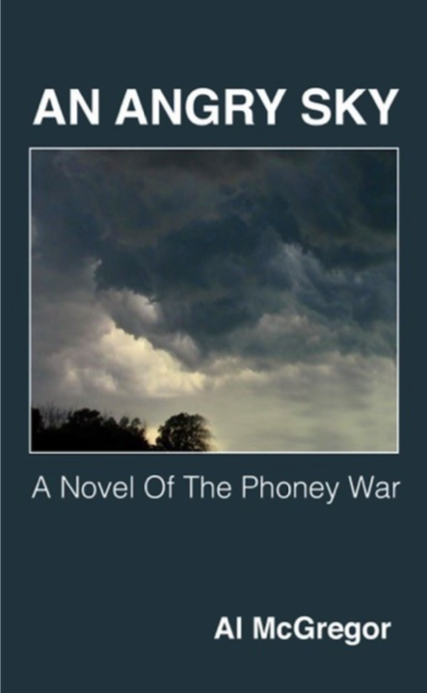 An Angry Sky - A Novel of the Phoney War

Here’s a story of the Canadian experience in the anxious years at the beginning of World War Two, both at home and overseas.

Any work of historical fiction is an exploration of what was and what might have been. For a writer, a new book begins as perfect excuse to explore the past in detail, to imagine the events as the people of the day might have seen them and over a period of many months to add the fictional elements to bring an era to life.

In 1939, the Phoney War brought a reprieve, a chance to keep the storm at bay and a faint hope for a negotiated peace. It is a time of secrets and of threats. But, in only months, the Second World War became all too real. Loyalties at the national and personal level will face the ultimate test. An intelligence veteran deals with the enemy to save an agent and find a last chance for love. The staff of a small Canadian news agency witness the Fall of France, the Blitz in London and the danger of a North Atlantic convoy while struggling with what they can and can’t report. A young woman copes with a war time disaster. German officers question the Nazi leadership. An American rejects neutrality and joins the British Commonwealth Air Training Program while his friend works with the isolationist, America First. An Angry Sky is based on events in Canada, Britain, Europe and the United States in the anxious years between 1939 and 1942. 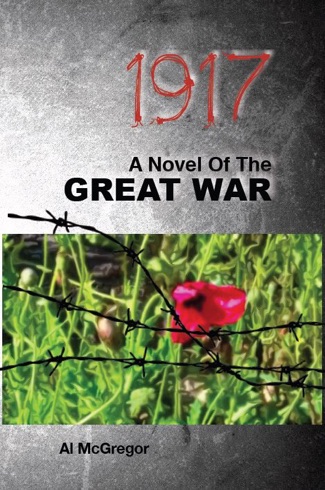 Excerpt of a letter written by Canadian prime minister Robert Borden in 1916:

Procrastination, indecision, inertia, doubt, hesitation, and many other undesirable qualities have made themselves entirely too conspicuous in this war…A very able cabinet minister spoke of the shortage of guns, rifles, munitions, etc., but declared that the chief shortage was of brains.

Robert Borden’s words underlined the growing frustration with the conduct of the Great War.

The once formidable empires of Europe were on the verge of collapse. In the months ahead, heroism and sacrifice would do battle with revolution, mutiny, and massacre.

A hundred years later, our memories are stoked by faded photographs, village memorials, and the enduring red poppy. What we often forget are the anxious months in the trenches and at home, the transition to wartime manufacturing, the ever-growing need for munitions, and the demand for men to fill the ranks of rapidly depleting armies.

At the heart of this story is the North American experience. In Canada, the apparent solution to the manpower issue, conscription, would shake the young nation to its very foundations. 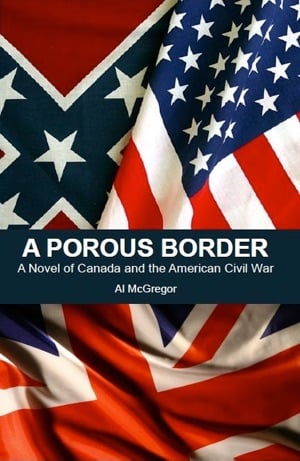 The Civil War was a shared experience across North America, yet few Americans realize the role played by Canadians, and few Canadians understand how the turmoil affected their country.

When the first shot was fired at Fort Sumter, the British colonies in what is now Canada were a loose group of fractious provinces. By  the time General Robert E. Lee surrendered at Appomattox, a new nation was taking shape.

In the early stages, the American War was a distant distraction as the Union attempted to quell rebellion in the Southern states. As the conflict grew in intensity, thousands of young Canadians flaunted or ignored neutrality laws and joined the fight. British and Canadian officials were powerless to stop the flow.

For former slaves who found sanctuary in British territory, the cause was freedom. For others, with family or commercial ties to the South, the cause would be lost. Still others had no cause but sought money or adventure. More than a few, on both sides of the border, were swept forward by events beyond their control. For a brief period during the Trent crisis in 1861, Great Britain and the United States were on the verge of war, and even when the tension eased, the fear remained. If the South won independence, would the Americans turn land-hungry eyes to the north?

In the British provinces, John A MacDonald, George Brown, George Etienne Cartier and Thomas D’Arcy McGee saw stalemate in the legislature and faced decisions clouded by language, race and religion. Only a new vision could break the political deadlock and the effort was hastened by the fear of invasion.

In 1864, the Southern Confederacy added to the pressure with a campaign aimed at terror and revolution. Confederate agents, based in Canada, crossed into the Northern states with plans to attack Federal prison camps, burn cities, incite riots and arm a ship as a Great Lakes raider. Their efforts would expand to political kidnapping with a link to the Lincoln assassination.

Canadian authorities order militia to the border in an attempt to thwart the rebel attacks and to placate the growing anger of Washington. A once peaceful frontier was on a knife’s edge.

A Porous Border, A Novel of Canada and the American Civil War is based on actual events; from the vantage point of spies and generals, clerks and politicians, Southern belles and faithful servants, farmers and sailors, friends and lovers. The lives of historic figures and and the fictional characters are complicated by war. Their journeys carry them across eastern North America as key participants or as witnesses. A few will meet. Others will only pass in the night. 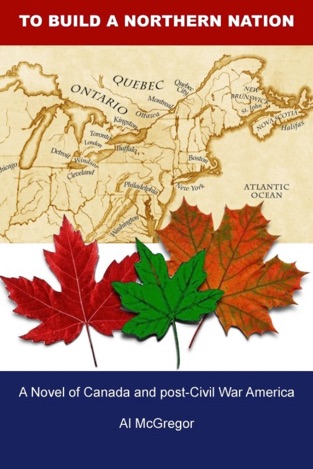 For a few days in 1865 the Union celebrated. The cruel Civil War was over. But a single gunshot ended the celebration and produced a new round of uncertainty and tension. President Lincoln was dead. Across the northern border, the leaders of the British provinces not only felt the shock and pain, but within days were forced to deal with fears that the assassination plot had been conceived in Canada.

To Build a Northern Nation begins in the aftermath of the assassination and continues to the birth of the new Dominion of Canada in 1867. My first book on this era, A Porous Border, dealt with the immediate impact of the war on the British colonies; the thousands of men who crossed the border to join the conflict; the Confederate raids from neutral territory that threatened to spread war across the continent, and the effect of the war on the drive for Canadian Confederation.

Now, To Build a Northern Nation, illustrates the aftermath of the war. Vanquished rebels flee to the British colonies in search of sanctuary; former Union soldiers join an invasion in support of Irish independence; and the Canadian people and politicians must contend again with events beyond their control.

Many characters are based on historical fact, while others are fictitious. All must struggle with an unpredictable future. History tells us the outcome. The people on the following pages face a future that is uncertain, at best. Only a few will actually meet, but each expands the story of the new northern nation.

Learn more about these books and more - Videos